BGR’s direct role in averting shutdowns through consistent on-time delivery was cited by RTI as the primary reason for BGR’s nomination for the 2019 Excellence in Delivery Award.

BGR would like to recognize Jeff Jaeger, RTI’s account manager, for his commitment to excellence to our customers. Jeff recently received a Saturday morning call from RTI requesting an immediate shipment of protection film that was needed for an order due to their customer the following morning. Jeff drove from Cincinnati, OH to Rainsville, AL and delivered the product same day to avoid any delay in their shipment. Due to Jeff’s efforts, RTI’s customer received their order on time, without issue.

BGR is grateful for our team’s commitment to quality service, and are honored to be recognized by Moriroku Technology North America for our Excellence in Delivery.

Want the latest information that will help you improve your bottom line? Sign up and we'll send it right to your inbox. 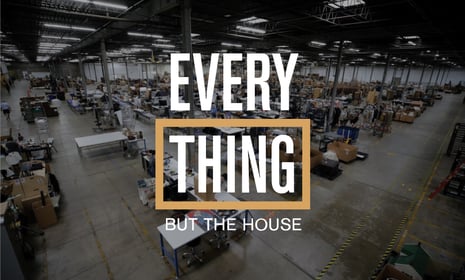 Spending Too Much on Packaging Supplies?

Everything But the House (EBTH), a national online estate liquidation company with a large customer base and numerous shipping centers throughout the country, discovered that their rapid growth was causing a drain in their capital.

GET BGR NEWS RIGHT TO YOUR INBOX

Stay ahead of the game with BGR news, packaging tips, and industry insights.

THERE WHEN YOU NEED US